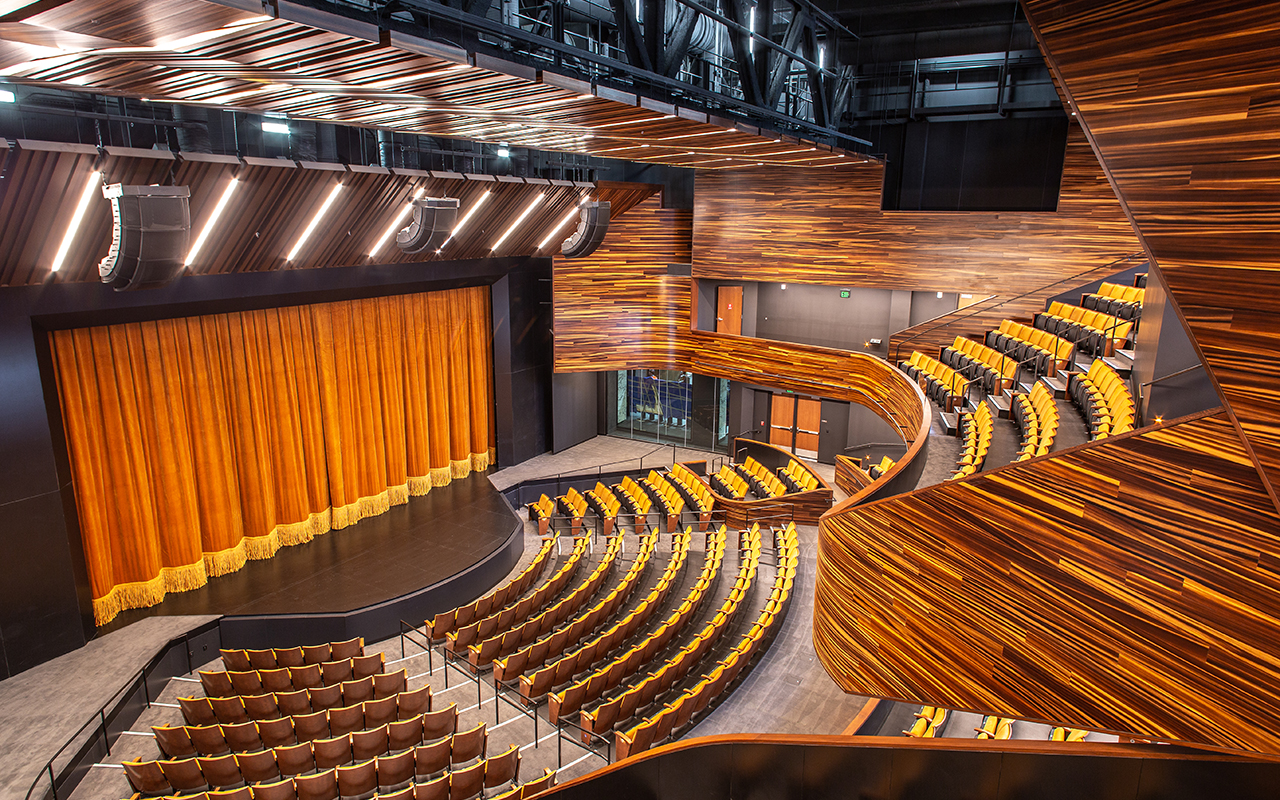 Our 2022–23 season welcomes some of the world’s top chamber musicians for six concerts that illustrate the breathtaking range and musical excellence of this versatile genre. Each season, we aim to highlight new and established performers who are pushing the boundaries of what chamber music can be. This year we are honored to present Karim Nagi, Garrick Ohlsson with Apollon Musagete Quartet, Imani Winds, St. Lawrence String Quartet, Takács String Quartet, and Pacifica Quartet with Anthony McGill.

This year, our MainStage Live concerts will take place at The Award Winning Pittsburgh Playhouse of Point Park University, a state-of-the-art and acoustically vibrant new venue in the heart of Downtown Pittsburgh. Purchase single tickets and pick your seat for the concert(s) of your choice, or join us as a digital subscriber and enjoy high-quality video recording of each concert following every MainStage Live performance! 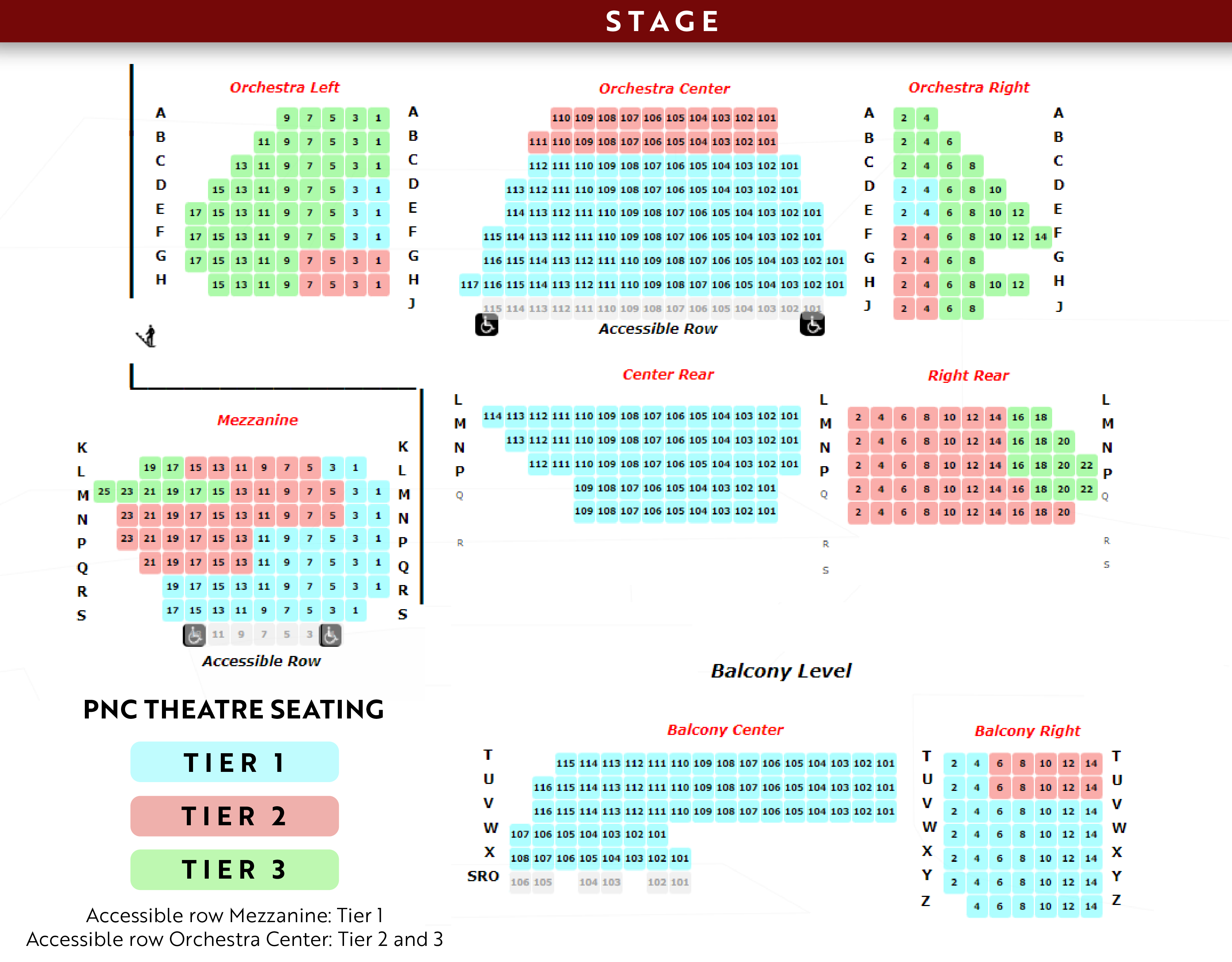 When do subscriptions and single tickets go on sale?

Six-Concert Subscriptions May 21 at 2 pm

NOTE: Because of several changes to our ticketing protocols and new ticketing provider capabilities, we will now ONLY offer a subscription for ALL SIX concerts. Pick 5 and Pick 4 subscription options will no longer be available.

see seating chart above for Tiers

As always, a subscription offers the best deal for tickets (a 20% discount) while offering you the opportunity to secure the best seats in the house before individual ticket buyers.

$15 student rush tickets available one hour prior to each concert
No Osher, please

What perks are included with my subscription?

Will Chamber Music Pittsburgh offer online weblinks this season? How does that work?

YES. Each concert will be recorded live and produced into a beautiful video that will be sent via email one week following the live concert. These videos will be available to view on-demand as many times as you’d like for one week following delivery. All weblinks are included with each subscription.

How can I buy a subscription? A Single ticket?

Single tickets may be purchased online or by calling the Pittsburgh Playhouse box office at 412-392-8000.

What are your protocols for COVID-19?

COVID19 vaccination and masking are optional but encouraged. Please do not attend if you are feeling unwell or have been exposed to COVID19. CMP reserves the right to change/update/enforce these policies as regulations may change. Please check reminder emails and/or signage at individual events for updated information.

Where is PNC Theatre at the Pittsburgh Playhouse, and where should I park?

PNC Theatre is located at 350 Forbes Avenue, Pittsburgh, PA 15222, at the corner of Smithfield and Forbes. There is ample parking within 2 blocks of the venue at the following garages:

I have more questions!

We’d love to hear from you and offer any help we can! 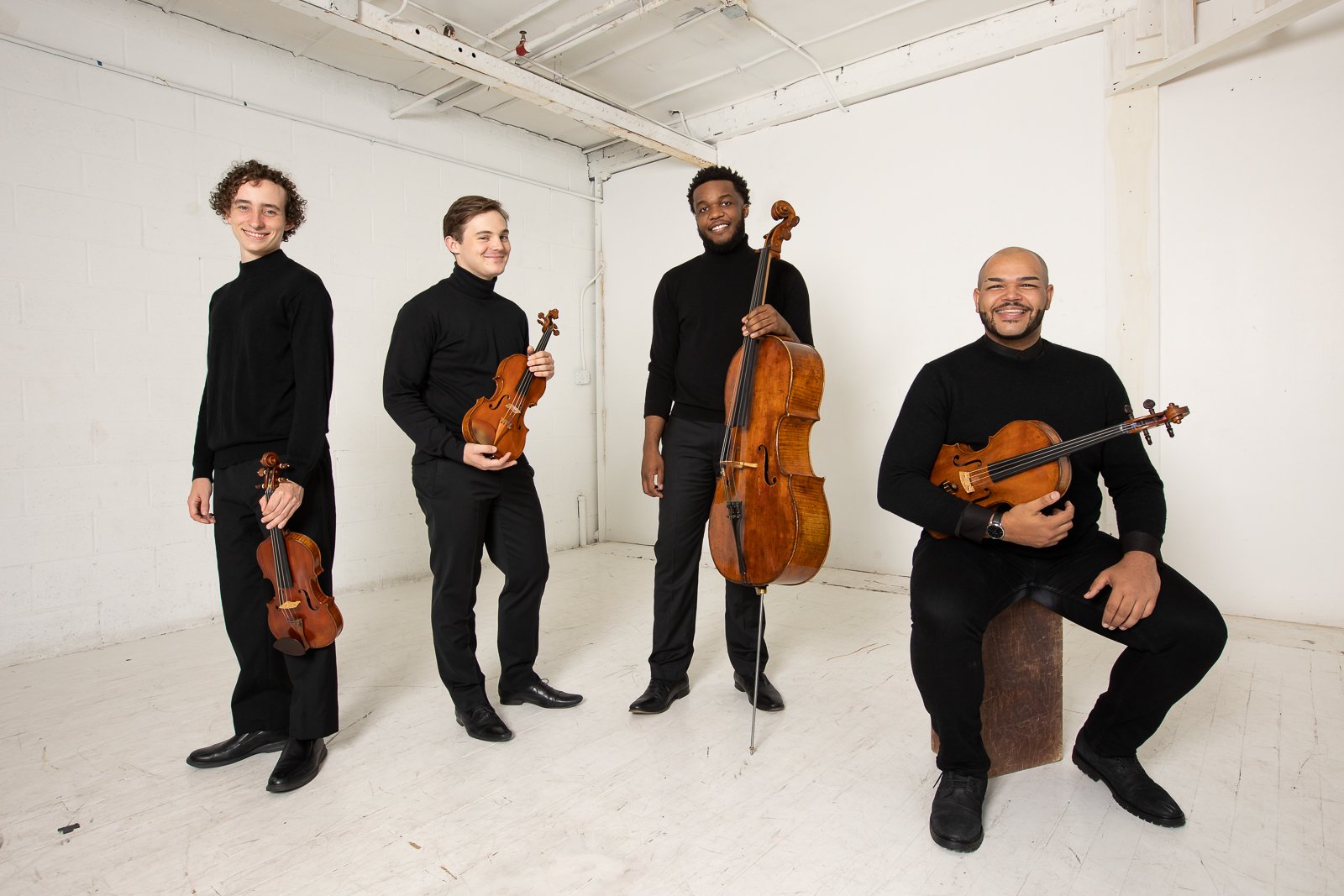 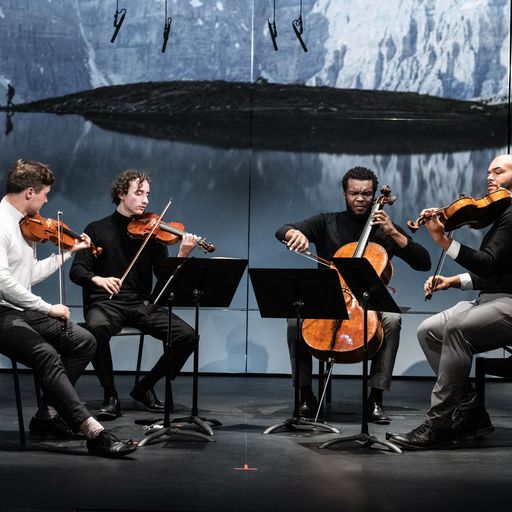 Winners of this year’s Banff International Competition, the Isidore String Quartet cultivates joyful, accessible, and intimate experiences that create community through in-depth relationships and explore the power of the collective to uplift the individual. The gloriously vital tradition of the string quartet is our playground to impact the world we live in and inspire others through the art of collaboration and play.
Program:

If you originally bought tickets to the St. Lawrence String Quartet’s performance, your tickets remain valid. This concert is dedicated in memory of Geoff Nuttall.
Statement from The St. Lawrence String Quartet members:
The St. Lawrence String Quartet has been deeply moved by the tremendous outpouring of love and support from the musical community following the death of our beloved partner Geoff Nuttall. We have decided to create necessary space to grieve, process and reflect, and will not be performing concerts during this period. We appreciate everyone’s understanding during this difficult time, and will issue a furthre statement with our future plans have clarified.
-Lesley Robertson, Christopher Costanza, Owen Dalby; November 20, 2022
get in-person tickets 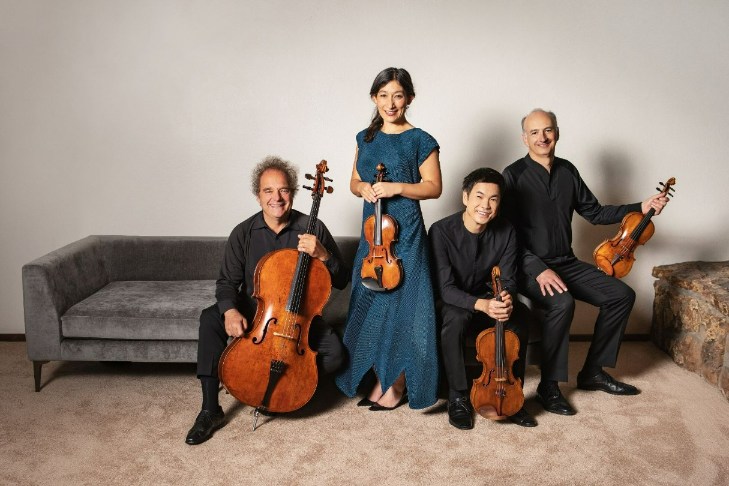 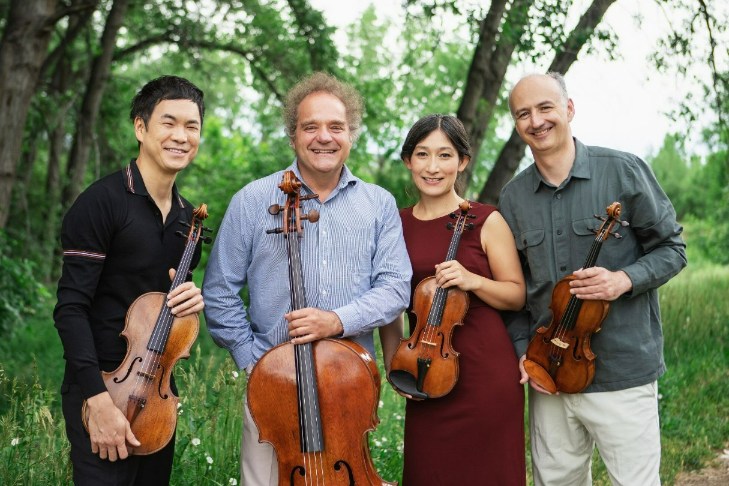 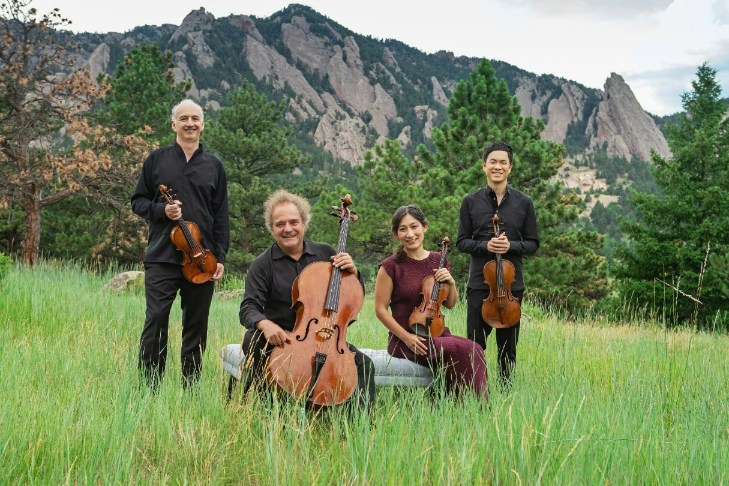 The world-renowned Takács Quartet, “one of the world’s greatest string quartets” (The New York Times) travel to Pittsburgh following a dizzying tour of Europe’s greatest concert halls. The group is celebrated for their innovative approach to chamber music and mastery of the genre. 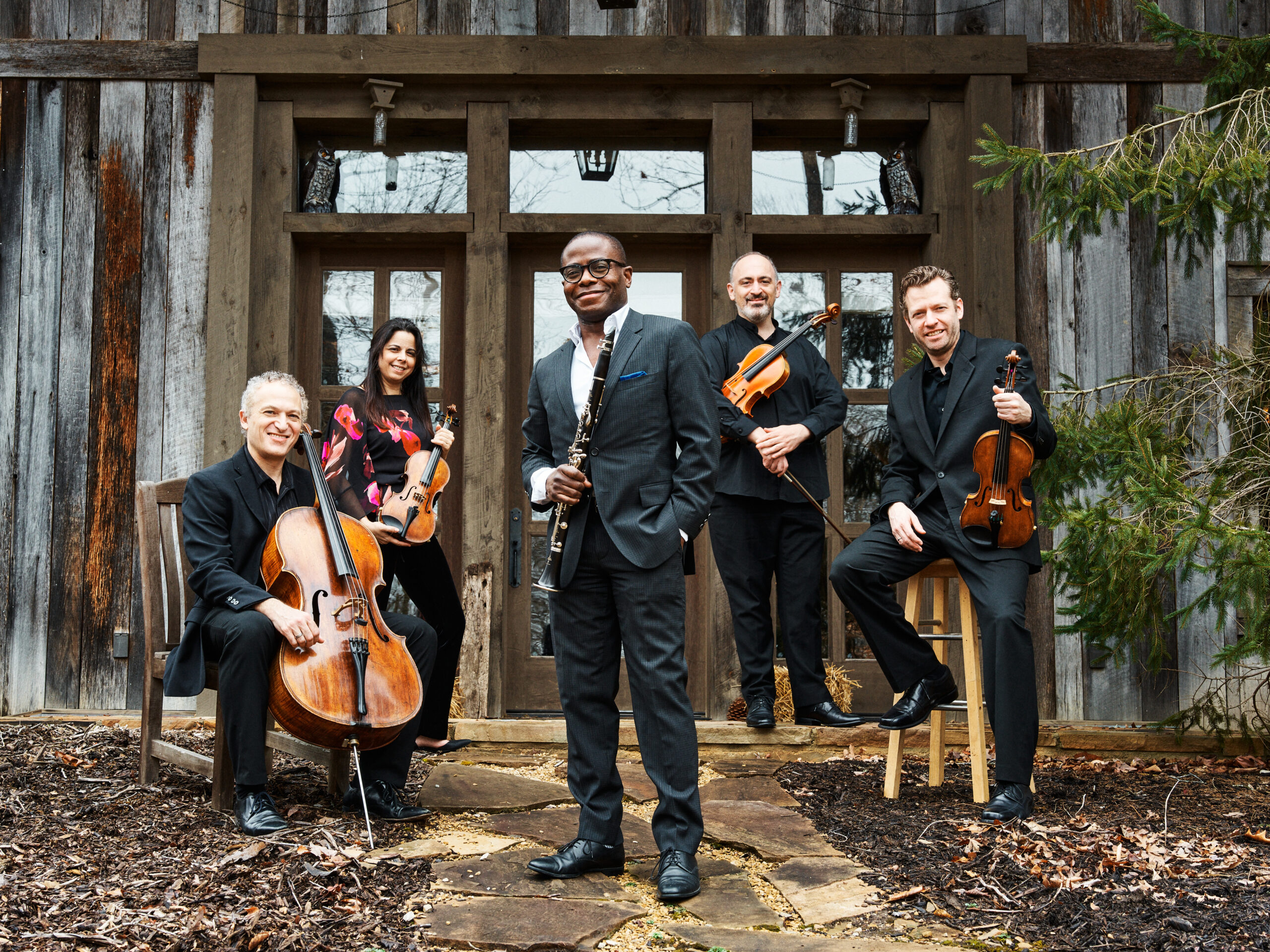 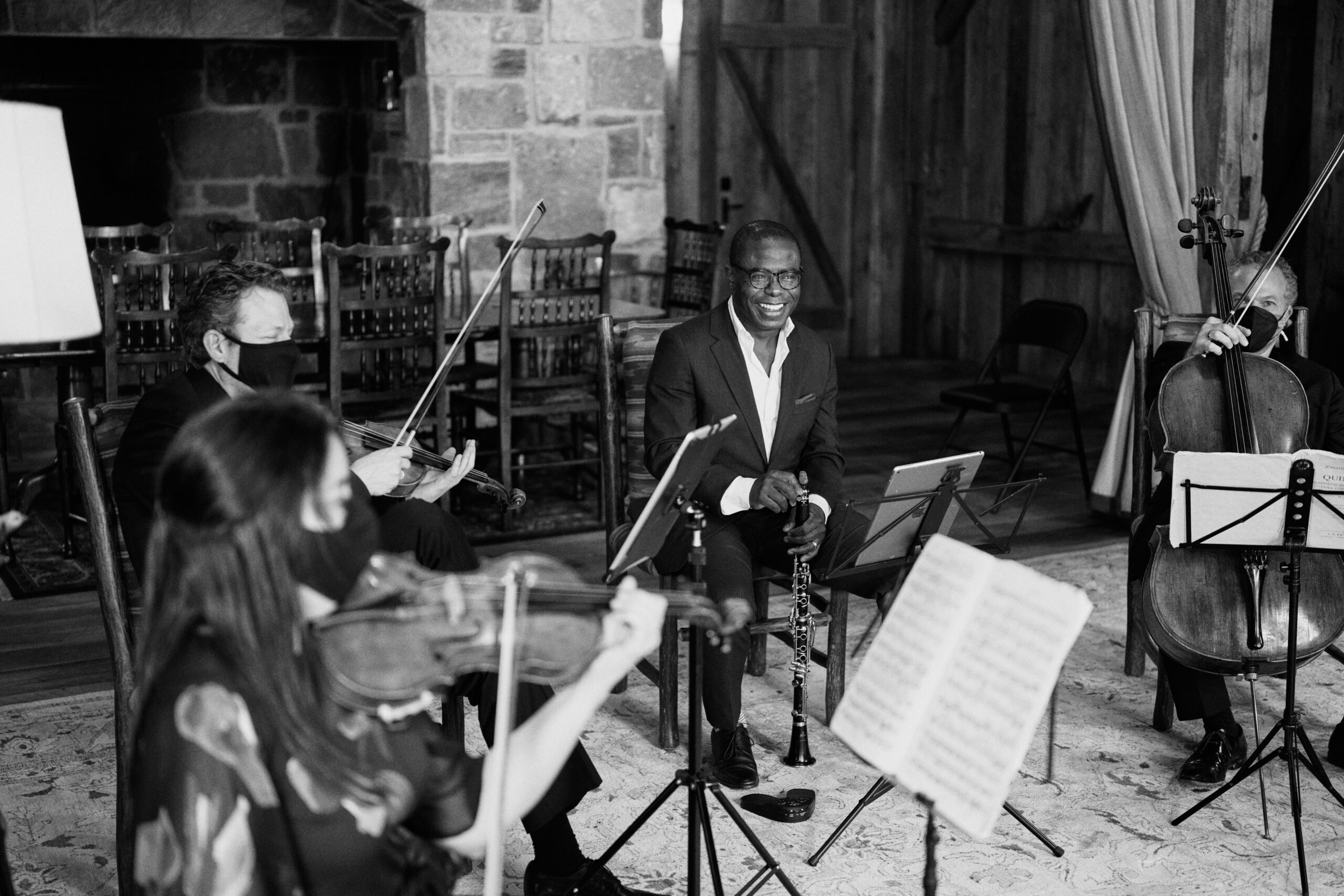 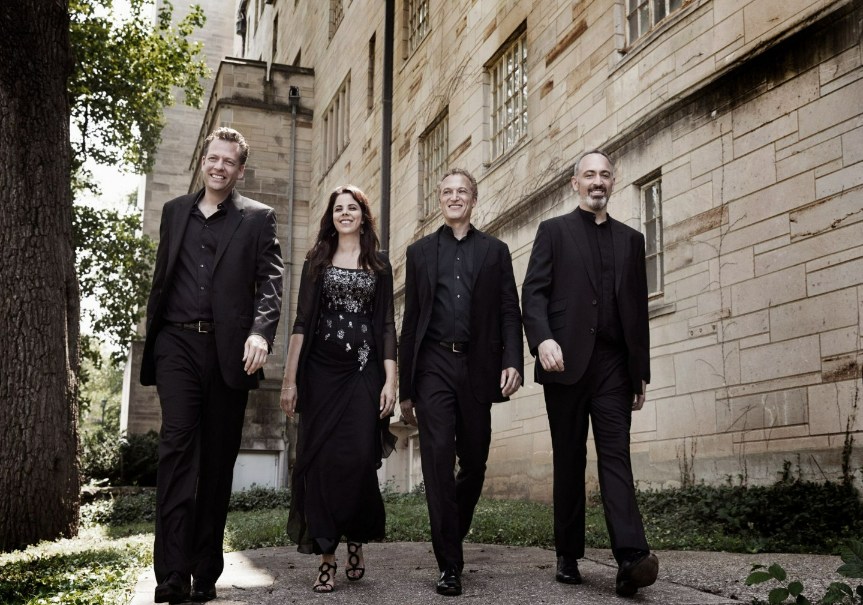 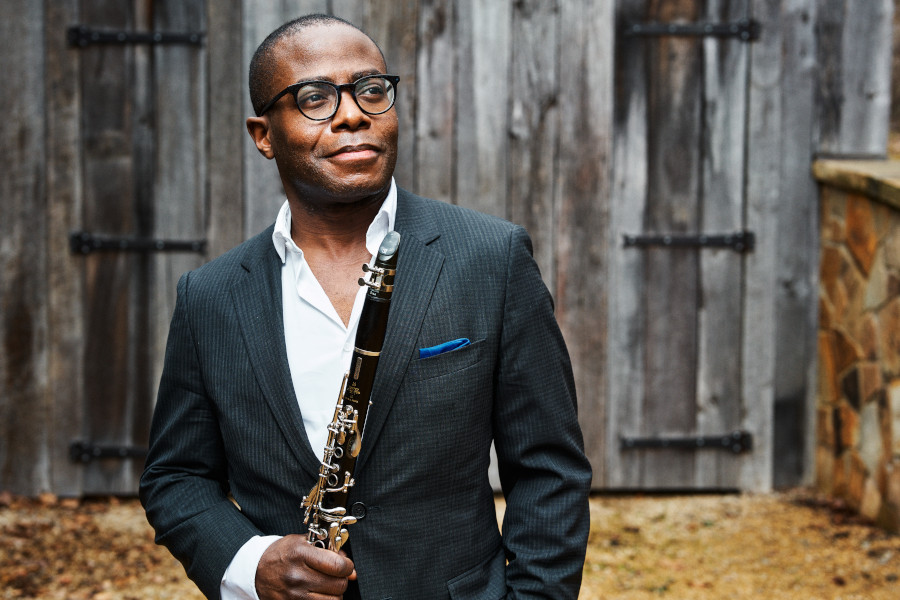 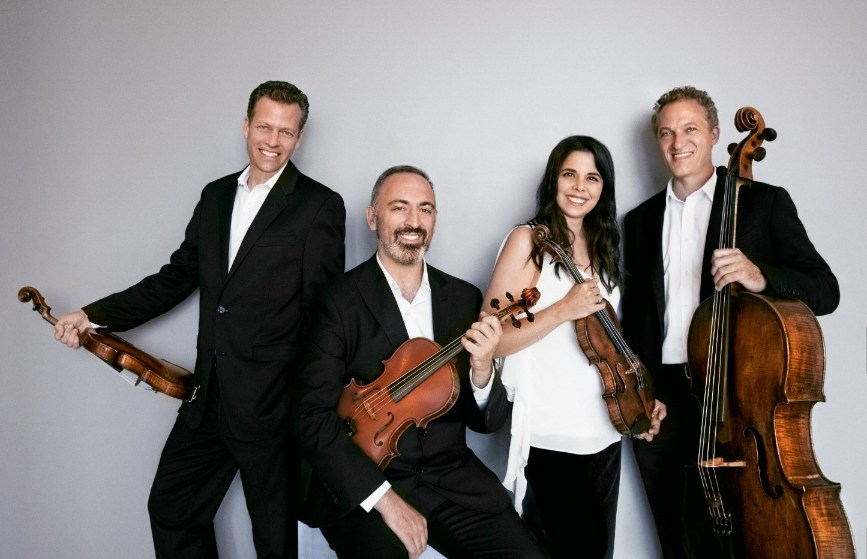 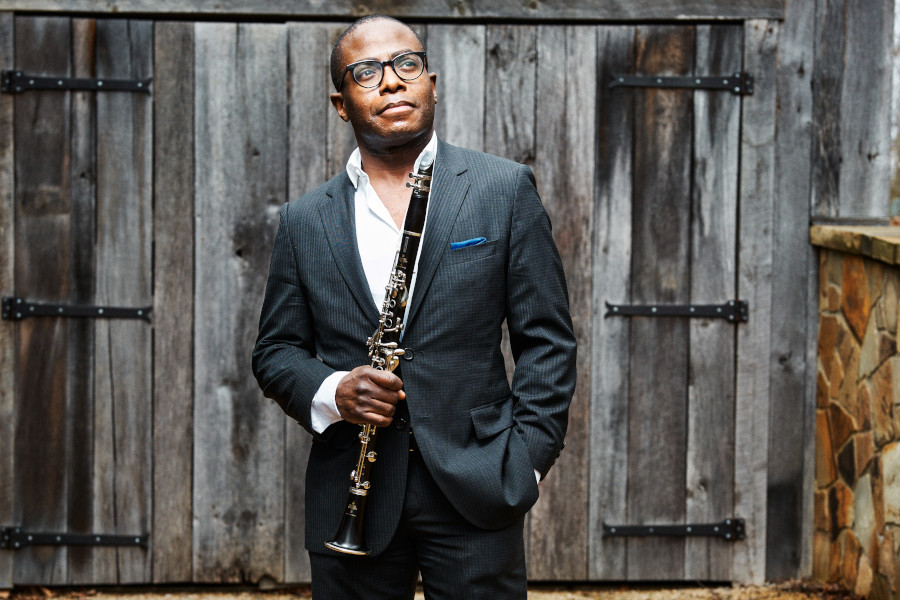 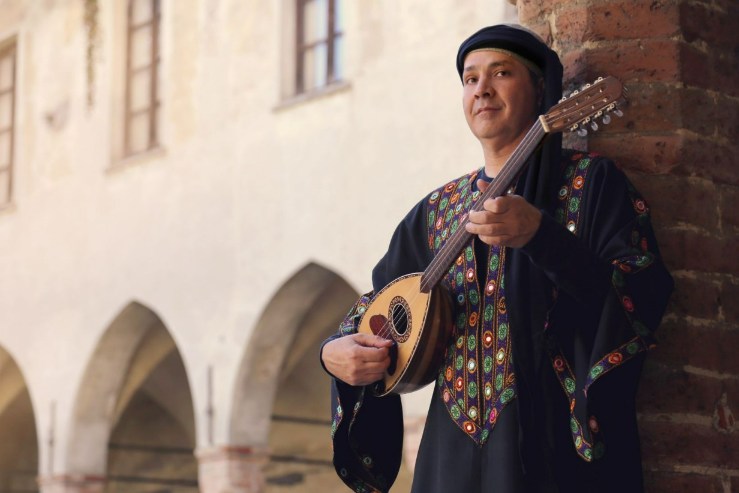 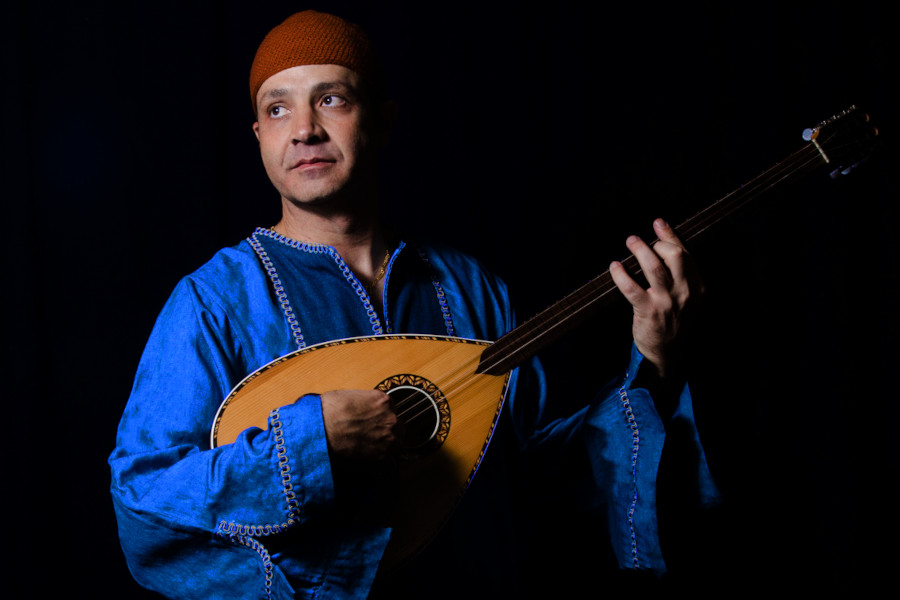 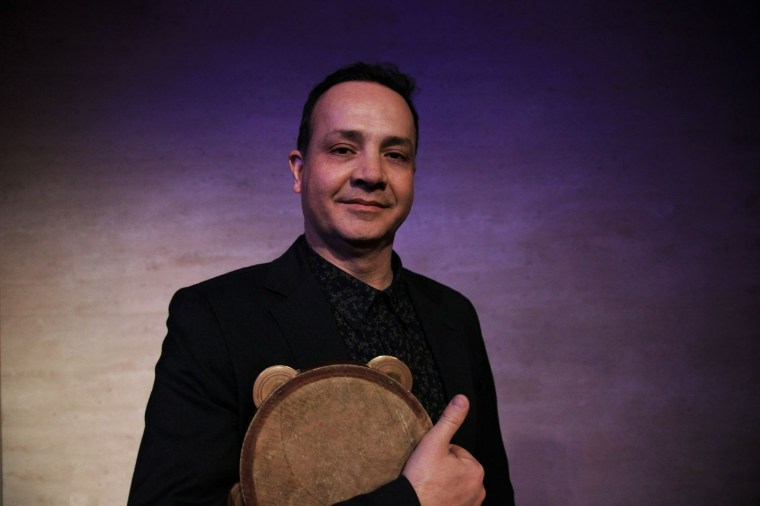 Arab musician and folklorist Karim Nagi opens the season with a concert highlighting Arab musical traditions through his unique blend of performance and storytelling. Nagi has taught and lectured internationally about Arab culture and music, participating in the TEDx program with his talk, The Tambourine, My Partner in Diplomacy and Disruption. 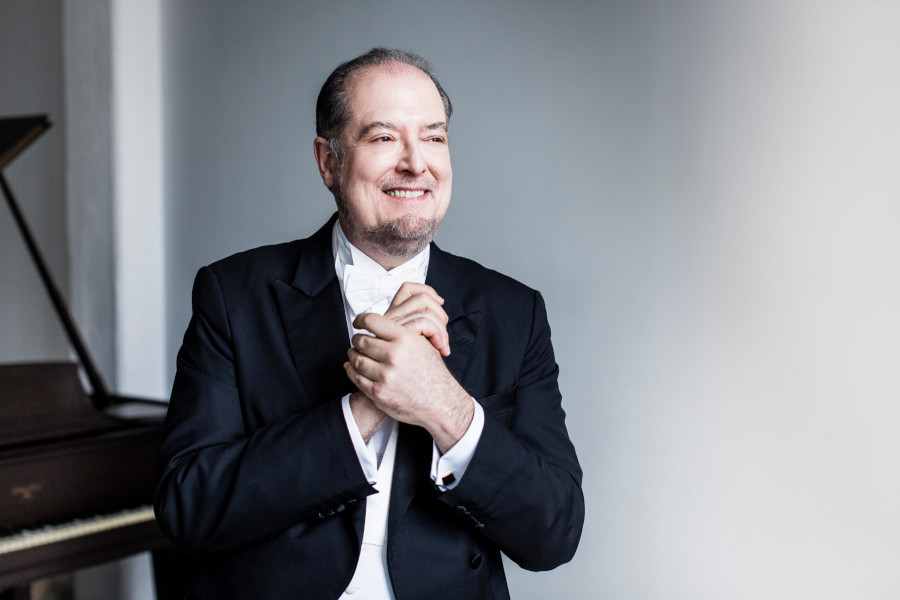 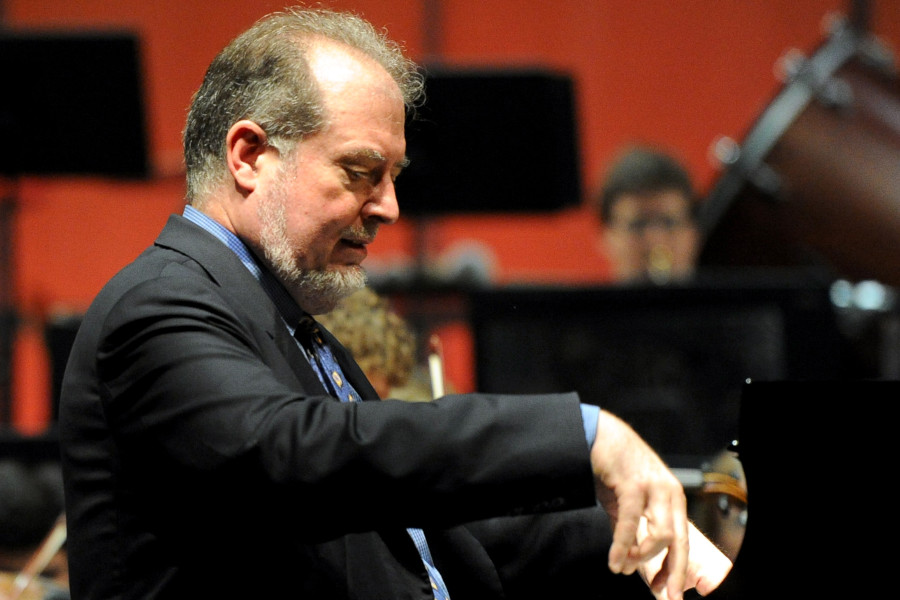 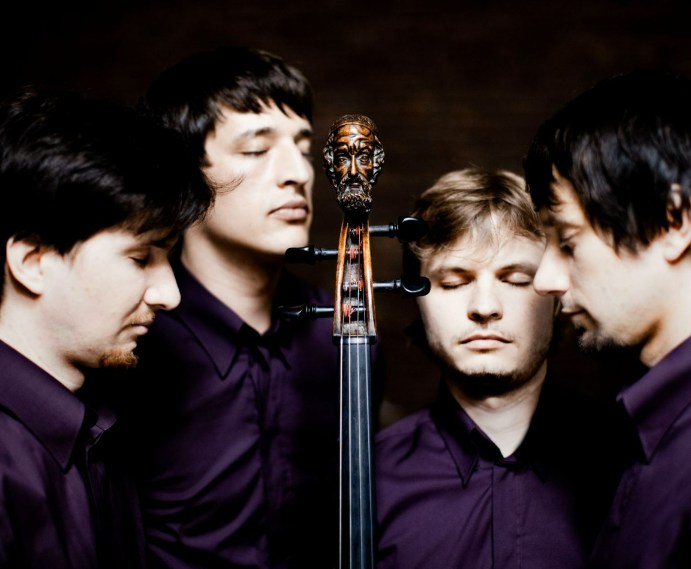 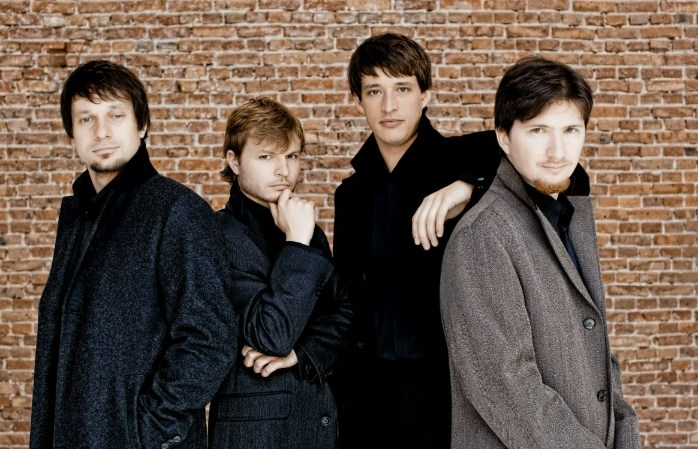 Pianist Garrick Ohlsson, “justly acclaimed as a titanic force at the keyboard” (Cleveland.com) headlines an intimate chamber performance with the dynamic and charismatic Apollon Musagète Quartet. 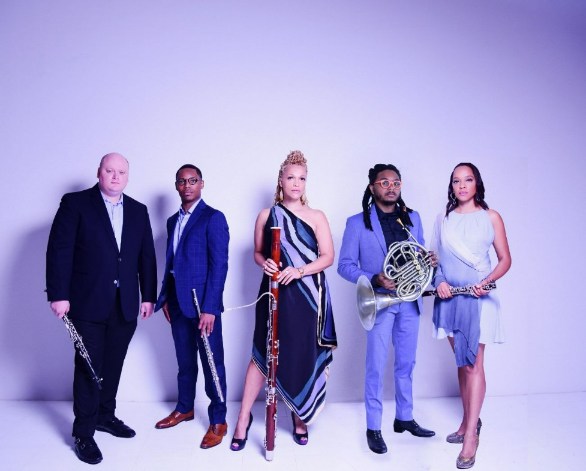 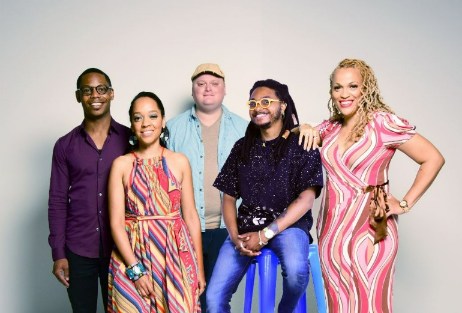 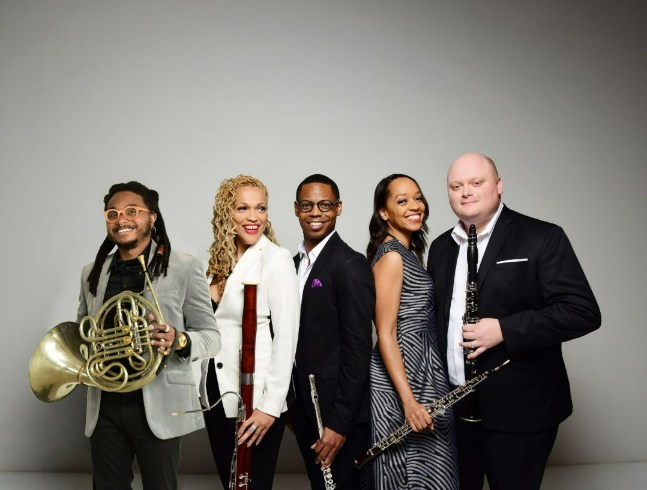 Grammy-nominated quintet Imani Winds, praised for their “hot rapport” and “conviction” (Gramophone), close their one-year residency with Chamber Music Pittsburgh with a culminating performance dedicated to works by Black and Brown composers.

BLACK AND BROWN
An entire program celebrating composers of color

Reena Esmail
The Light is the Same*

*Written for Imani Winds. Commissioned by The Lied Center of Kansas & premiered March 15, 2017 at the University of Kansas, Lawrence

**Written for Imani Winds. Commissioned by the La Jolla Music Society, Krannert Center for the Performing Arts, Da Camera of Houston and the Library of Congress. Premiered in La Jolla, CA August
2006