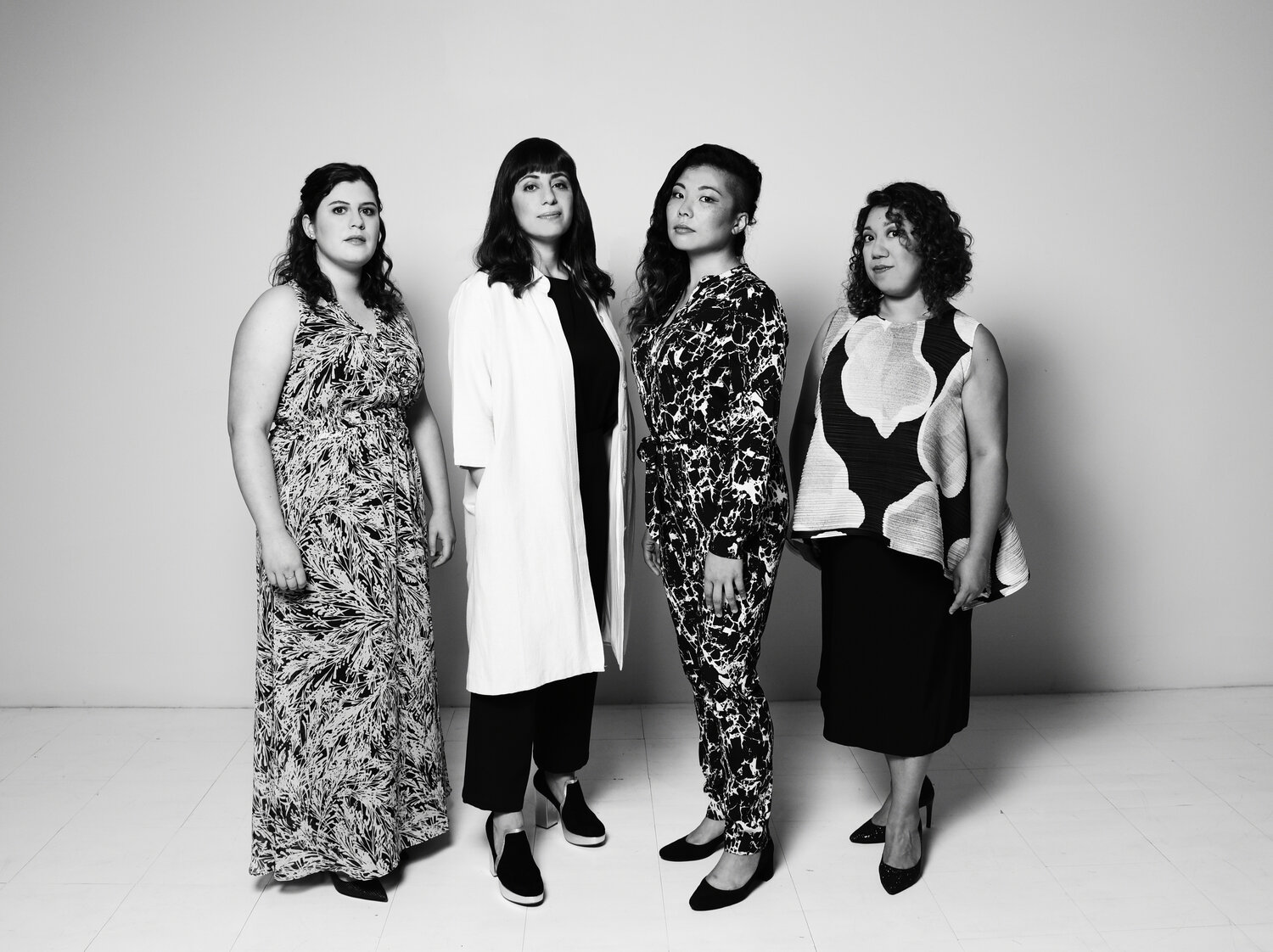 Praised by The Washington Post for “captivating” performances that draw from its notable “meld of intellect, technique and emotions,” the Aizuri Quartet was awarded the Grand Prize and the CAG Management Prize at the 2018 M-Prize Chamber Arts Competition, along with top prizes at the 2017 Osaka International Chamber Music Competition in Japan, and the 2015 Wigmore Hall International String Quartet Competition in London. The Quartet’s debut album, Blueprinting, featuring new works written for the Aizuri Quartet by five American composers, was released by New Amsterdam Records and nominated for a 2019 GRAMMY Award.

Through its engaging and thought-provoking programs, branded by The New York Times as “genuinely exciting” and “imaginative,” the Quartet has garnered critical acclaim for bringing “a technical bravado and emotional power” to bold new commissions, and for its “flawless” (San Diego Union-Tribune) performances of the great masterpieces of the past. In the 2019-20 season the group will tour extensively across North America giving both debut appearances at Lincoln Center and at Carnegie Hall as part of CAG Winner’s Series.