this show is virtual-only

The Escher String Quartet has received acclaim for its expressive, nuanced performances that combine unusual textural clarity with a rich, blended sound. A former BBC New Generation Artist, the quartet has performed at the BBC Proms at Cadogan Hall and is a regular guest at Wigmore Hall. In its home town of NYC, the ensemble serves as Season Artists of The Chamber Music Society of Lincoln Center, where it has presented the complete Zemlinsky Quartets Cycle as well as being one of five quartets chosen to collaborate in a complete presentation of Beethoven’s quartets.

Championed by the Emerson Quartet, the Escher Quartet was invited by both Pinchas Zukerman and Itzhak Perlman to be Quartet in Residence at each artist’s summer festival: the Young Artists Programme at Canada’s National Arts Centre; and the Perlman Chamber Music Programme on Shelter Island, NY. The quartet has since collaborated with artists including David Finckel, Leon Fleischer, Wu Han, Lynn Harrell, Cho Liang Lin, Joshua Bell, Paul Watkins and David Shifrin, as well as jazz saxophonist Joshua Redman, vocalist Kurt Elling, legendary Latin artist Paquito D’Rivera and Grammy award-winning guitarist Jason Vieaux. In 2013, the quartet became one of the very few chamber ensembles to be awarded the prestigious Avery Fisher Career Grant.

“…the Dover Quartet players have it in them to become the next Guarneri String Quartet – they’re that good.” – The Chicago Tribune

The phenomenal Dover Quartet catapulted to international stardom following a stunning sweep of the 2013 Banff Competition, at which they won every prize. Named the Cleveland Quartet Award-winner, and honored with the coveted Avery Fisher Career Grant, the Dover has become one of the most in-demand ensembles in the world. The Quartet’s rise from up-and-coming young ensemble to occupying a spot at the top of their field has been “practically meteoric” (Strings). With its burnished warmth, incisive rhythms, and natural phrasing, the Quartet’s distinctive sound has helped confirm its status as “the young American string quartet of the moment” (New Yorker). The Quartet serves as the quartet-in-residence for the Bienen School of Music at Northwestern University, Chamber Music Northwest, Artosphere, the Amelia Island Chamber Music Festival, and Peoples’ Symphony in New York, and was recently named the first-ever quartet-in-residence for the Kennedy Center. 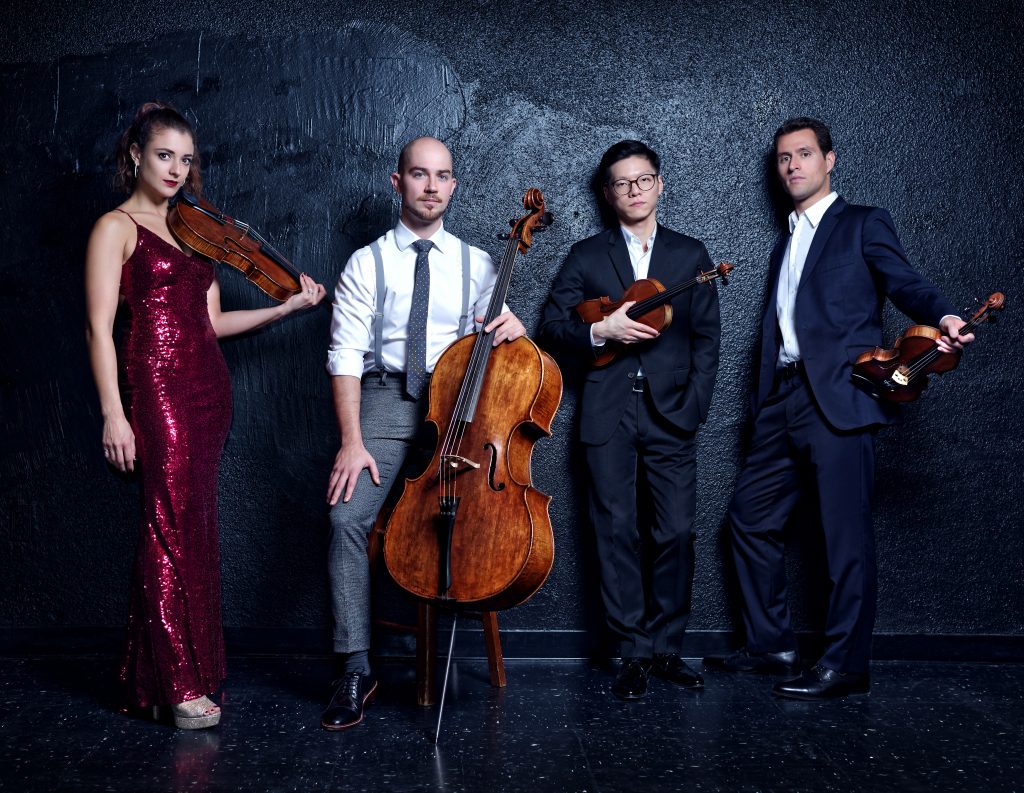 ← Next in series: Tai Murray, Violinist